The Mekor Chaim Yeshiva was established in 1985, by the late Rabbi Adin Even Israel Steinsaltz Z”L, and its chairman, Rabbi Dov Singer. In the last few years Rabbi David Rabinovitch has been working alongside Rabbi Singer.

Yeshivat Mekor Chaim became well-known for its unique educational methods developed by Rabbi Dov Singer, a method whose uniqueness and success lies in the ability to create a sincere, deep, and attentive environment, between the yeshiva students and its teachers, between man and his G-d and between man and himself. At the yeshiva, tools were developed that brought out a deep connection between the educational path and the successful academic and spiritual path of everyone who passes through the yeshiva.

Establishment of the new educational campus on “Derech Ha’Avot”

We have been privileged to begin the building of our permanent campus on Derech Ha’Avot near the community of Neve Daniel in Gush Etzion.  The campus is being constructed in memory of the three boys – Gilad, Naftali, and Eyal, HY”D who were kidnapped and murdered by Hamas terrorists in 2014.

There is no doubt that the challenge of finishing the campus is daunting, but we are praying and working together in order to finish the project.

Due to the size of the project we decided to build the campus in two stages that will allow the yeshiva to move from its current temporary location as quickly and efficiently as possible.

Phase A – The Main thoroughfare of the Campus

The Beit Midrash building (with a temporary dining room on the ground floor) The building of the classrooms and offices and dorm buildings.

Phase B – Dining room and sports hall, another series of dorms, staff and community housing, and another programming facility.

In 2021, we launched a fundraising campaign where over 6,000 generous donors contributed to the project. As a result, we were able to start building the Beit Midrash along with one of the dormitories, and begin moving our students onto the new campus.

We are excited to announced that construction has started on two other dorm buildings, and that the classroom building has been completed. We are now moving on to the third dorm building. Our goal is to have the campus fully operational by the 2024/25 school year.

We pray that please G-d, and with your support, we will soon finish phase A of the project.

Our top fundraising priority right now in order to complete the campus transition is to finish the third dormitory building to house over 100 students. This facility will be 1,100 square meters of dorm rooms, bathrooms and showers, a club room for the students to gather and hold events, and a kitchen facility for their use.

The cost of the building is 6 million NIS. A generous donor has pledged one third of the cost. We now must raise four million NIS to complete the project. Please see the budget below.

With great thanks and appreciation 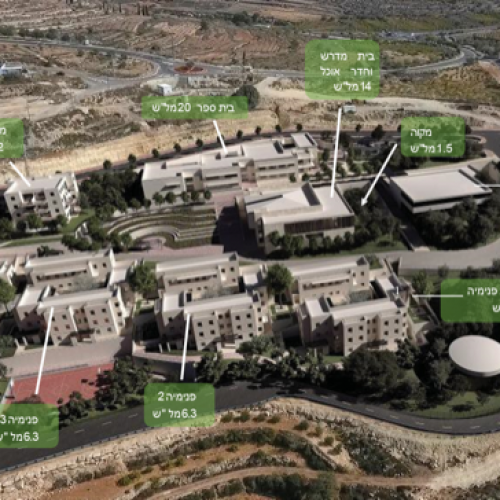 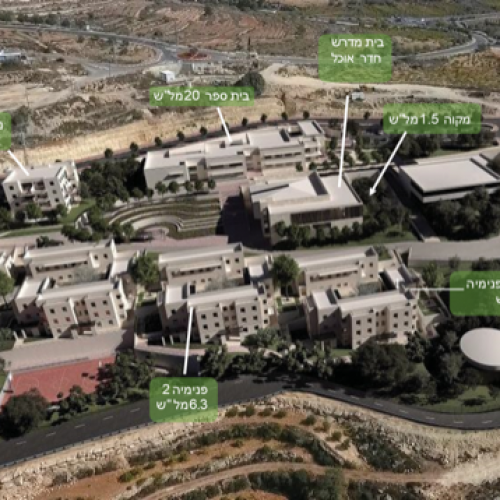