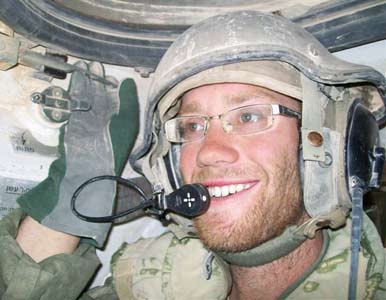 On January 16, 1988, Uriel was born to Aaron and Joni , the 3rd of 4 children, the only boy. He was born and raised in Efrat, part of Gush Etzion, a suburb south of Yerushalayim. After choosing the track combining yeshiva studies with army duty, Uriel studied for two years at Yeshivat Har Etzion, the “Gush”. He was drafted into the tank corps. The army chose Uriel to continue as a tank commander. Upon becoming an officer, Uriel was assigned to the 53rd regiment, company 2. He spent a month in the Golan Heights involved in intense training, simulating war conditions.

On August 5, 2009, in the early morning hours, Uriel’s tank had to cross over a deep ditch on a mobile bridge. Uriel felt the tank was not crossing straight. He commanded his crew to brace themselves. This was his last command, enabling his soldiers to take precautions. He, however, was thrown from the tank and killed instantly. He was able to save his soldiers but not himself.