Background
On June 12, 2014 (15th Sivan 5774) at 10:20pm, the heavens shuddered. Gil-Ad Shaer, Naftali Fraenkel and Eyal Yifrah, three boys with their whole future before them, left their yeshivot to make their way home for the weekend.
Their journey started at a bus stop where they awaited a ride for the hour-long drive home, to Talmon, Nof Ayalon and Elad.
As the boys stood waiting, a car stopped – a stolen vehicle with Israeli license plates. Eager to get home, the boys climbed inside. Three minutes later, the driver took a turn, onto a dirt road.
The boys realized that they had been kidnapped and tried to report their situation, but with no success. They were murdered in cold blood, shot inside the car with a handgun fitted with a silencer. The terrorists continued
driving, to a pre-arranged site in the northern part of the Hebron hills,
where the bodies were hidden. Throughout the search, which
lasted 18 days, people in Israel and the world over were united
in prayer and hope that the boys would be found safe and sound
and would be reunited with their families.
On Monday, June 30 (3rd Tammuz) their bodies were
found. Their funeral was held the next day in Modiin.

Purpose of the project
The Gush Etzion Regional Council and the Gush Etzion Foundation have decided to memorialize the boys by building a promenade, to be known as the “Boys’ Promenade”, connecting the Gush Etzion junction, the bus stop (site of the kidnapping), Kibbutz Kfar Etzion, the “Lone Oak Tree”, and Kibbutz Rosh Tzurim.

Planning
To date there is no orderly, safe and secure way to access these points by foot and move between them. The promenade will connect the communities and thereby solve the safety and security risk posed by the current situation. The promenade will be 1.5 kilometers long, and will be built in two stages:
Stage 1 – 500 meter stretch from the Alon Shvut junction to the Lone Oak Tree completed. Stage 2 – which is now in process, is a 1 kilometer stretch from the Regional Day School to Kibbutz Rosh Tzurim. A walking and a bicycle path will extend along the length of the promenade, with gardens, shaded observation and resting pointד named after Gil-Ad, Eyal and Naftali. A memorial area will be at the main observation point with benches along
the way. A parking area for buses will be built on the northern side of the promenade and a new roundabout for making transportation safer.
A walk along the promenade will offer a breathtaking view of the Judean hills and the agriculture on the slopes
leading down to the Elah Valley. Each year, on the anniversary of the boys’ burial, a memorial walk will take place along the promenade, with
educational activities for the youth at the observation points named in their memory.

In establishing the Boys’ Promenade we continue the Zionist dream, embrace the
families, and commemorate the lives cut short.
Partner with us. 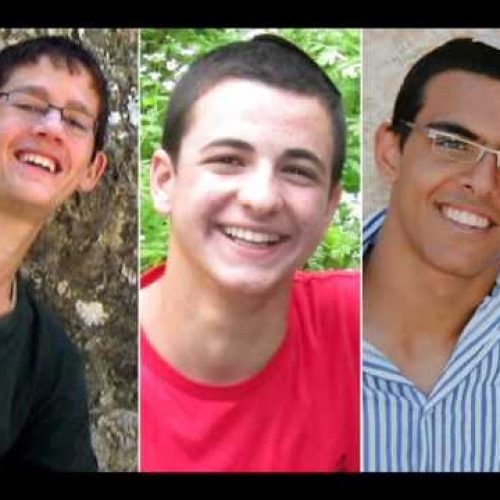