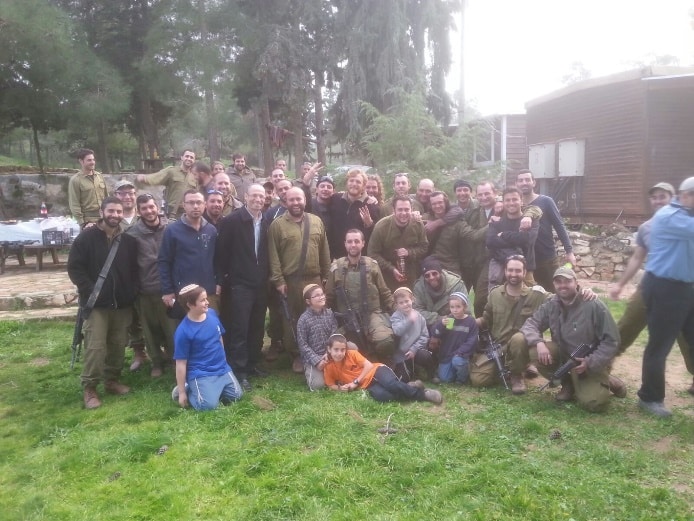 The Gush Etzion Foundation, in cooperation with the IDF and the pre-military academies, has created the Meshiv ha-Ruah program, located on the site of the original Kibbutz Massuot Yitzhak, in Gush Etzion.

The program aims to enrich the knowledge of Israeli history, the story of Gush Etzion, and the biblical heritage of the Land of Israel among soldiers and students attending pre-military academies.

The Meshiv ha-Ruah program hosts some 16,000 soldiers and students each year, via a range of seminars, encounters, workshops and hikes. The main aim is to imbue soldiers (present and future) with love of the land, a sense of belonging to the Jewish People, and a feeling of pride in defending them. The program enriches knowledge of the history of the land and helps connect biblical and more modern historical roots with the Israeli experience.

Many participants have indicated that Meshiv ha-Ruah is a meaningful program that contributed to them and connected them with the glorious heritage of the Jewish People.

Meshiv ha-Ruah strengthens the connection between IDF soldiers and the region in which they perform their military service. For many of them, this is the first time in their lives that they have visited these parts of the country.

Many of them are prompted by what they learn to remold their Jewish and Israeli identity, based on Jewish and Zionist values and a sense of mutual responsibility.